workshop program of the Bo.Ing 2020. At the Bochum engineering forum "BO.Ing", pupils are given an insight into the engineering sciences in workshops, laboratory tours and discussion groups. The event is organised by the zdi network IST.Bochum.NRW and is implemented in cooperation with universities from Bochum and the surrounding area.

With plasma workshop, sixteen pupils in two different workshop learned the basic ideas about plasma and its applcation. In hands-on activities, the girls and boys were able to perform their own experiments.

Die Anmeldung erfolgt per Email an: This email address is being protected from spambots. You need JavaScript enabled to view it..

Cosmology explained in a television program 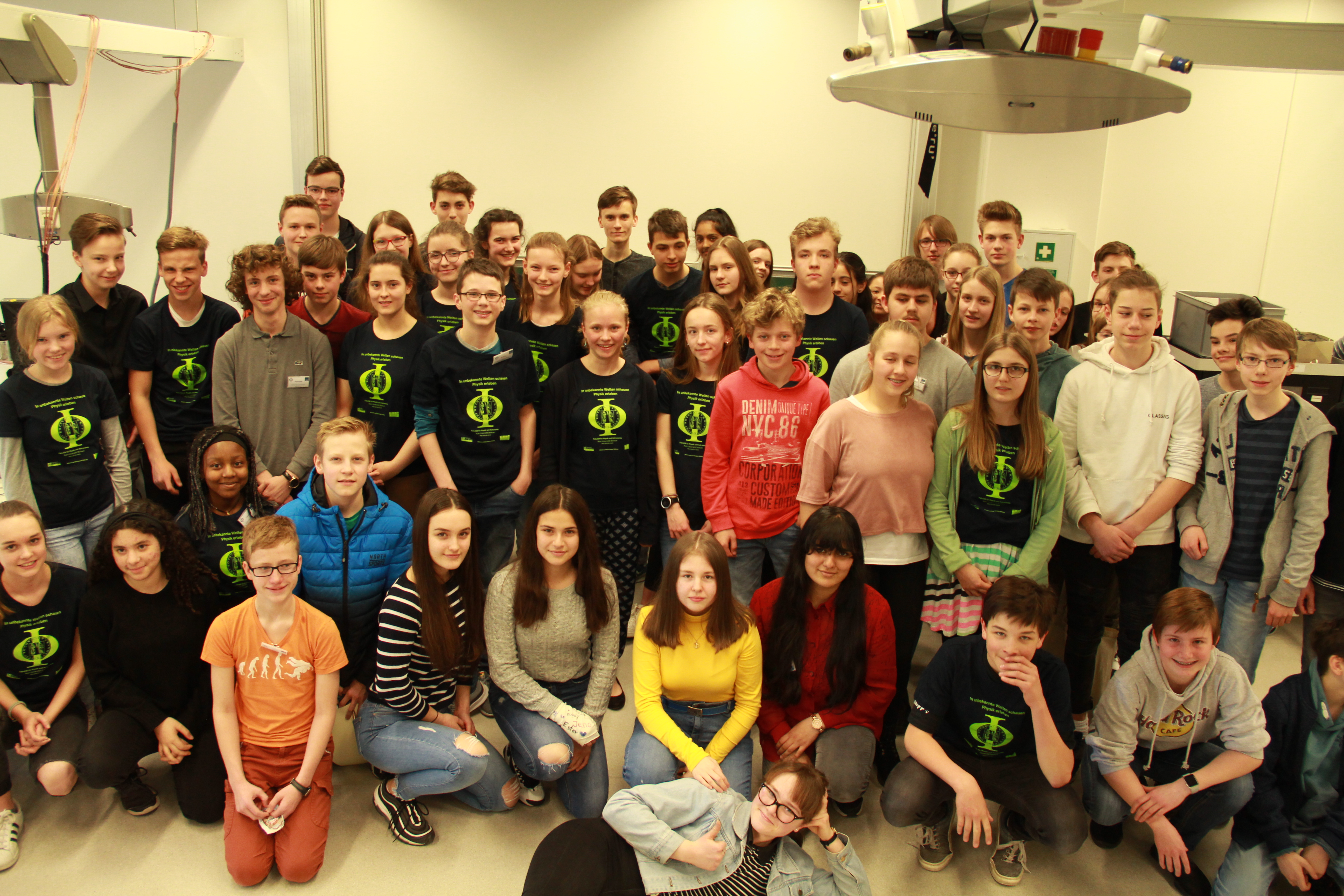 In the plasma project, which was supervised by PhD and Master students of both SFBs, the pupils deposited thin gold layers on glass substrate using a plasma coater. Additionally, they characterized different samples regarding thickness, optical transmission and conductivity in dependence of the plasma deposition time.

Besides the workshops, the girls and boys experienced university life. They attended a lecture, visited “real” physics laboratories and watched a show at the planetarium in Bochum.  At the end of the 4 days, they created posters and presented their results of the workshops to the other pupils during a poster session.

The Schülerprojektwoche was successfully finished with a quiz duel about the learned physics between the four workshop groups. Here, the plasma physics group won and was awarded with a cup.

At 29th September 2018, the event WissensNacht Ruhr, which is located at seven different locations within the Ruhr Area takes place. We are going to present plasmas in the Blue Sqaure in Bochum. Everybody is welcome to join our exhibition.