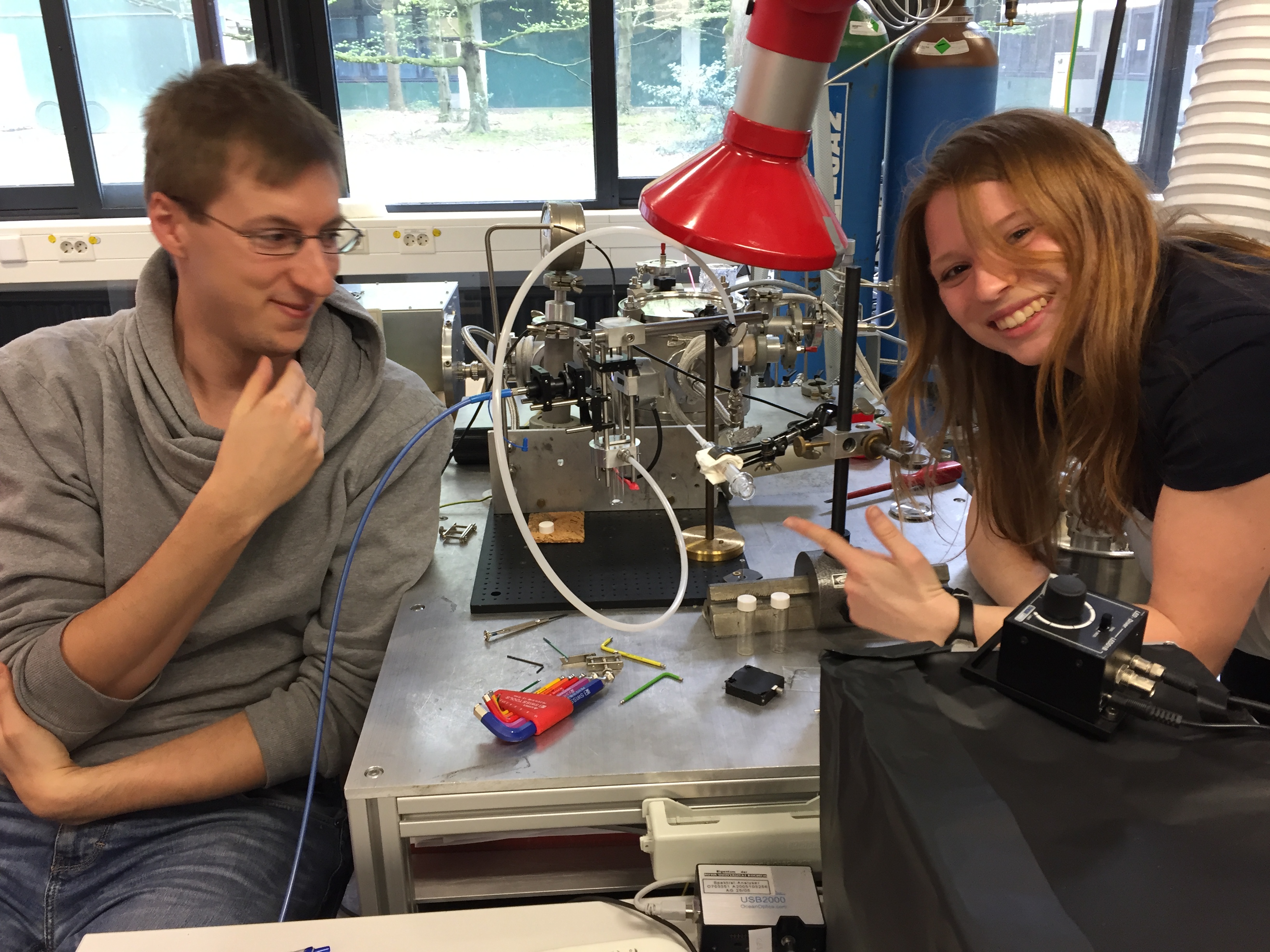 Dr. Ondrej Cibulka and PhD student Martin Müller (see photograph with Kerstin Sgonina together with an atmospheric plasma source for nanoparticle generation) came in March from the Czech Academy of Sciences in Prague to visit the group Coupled Plasma-Solid State Systems of Prof. Jan Benedikt. Their stay was organized in Frame of DAAD exchange Program "Critical evaluation of optical gain in different types of Si nanocrystals for future CMOS technology". The fruitful cooperation resulted already in four peer-review articles. The reciprocal visit of Mrs. Sgonina and Prof. Benedikt in Prague is planed for April.

Institute of Physics of the Czech Academy of Sciences 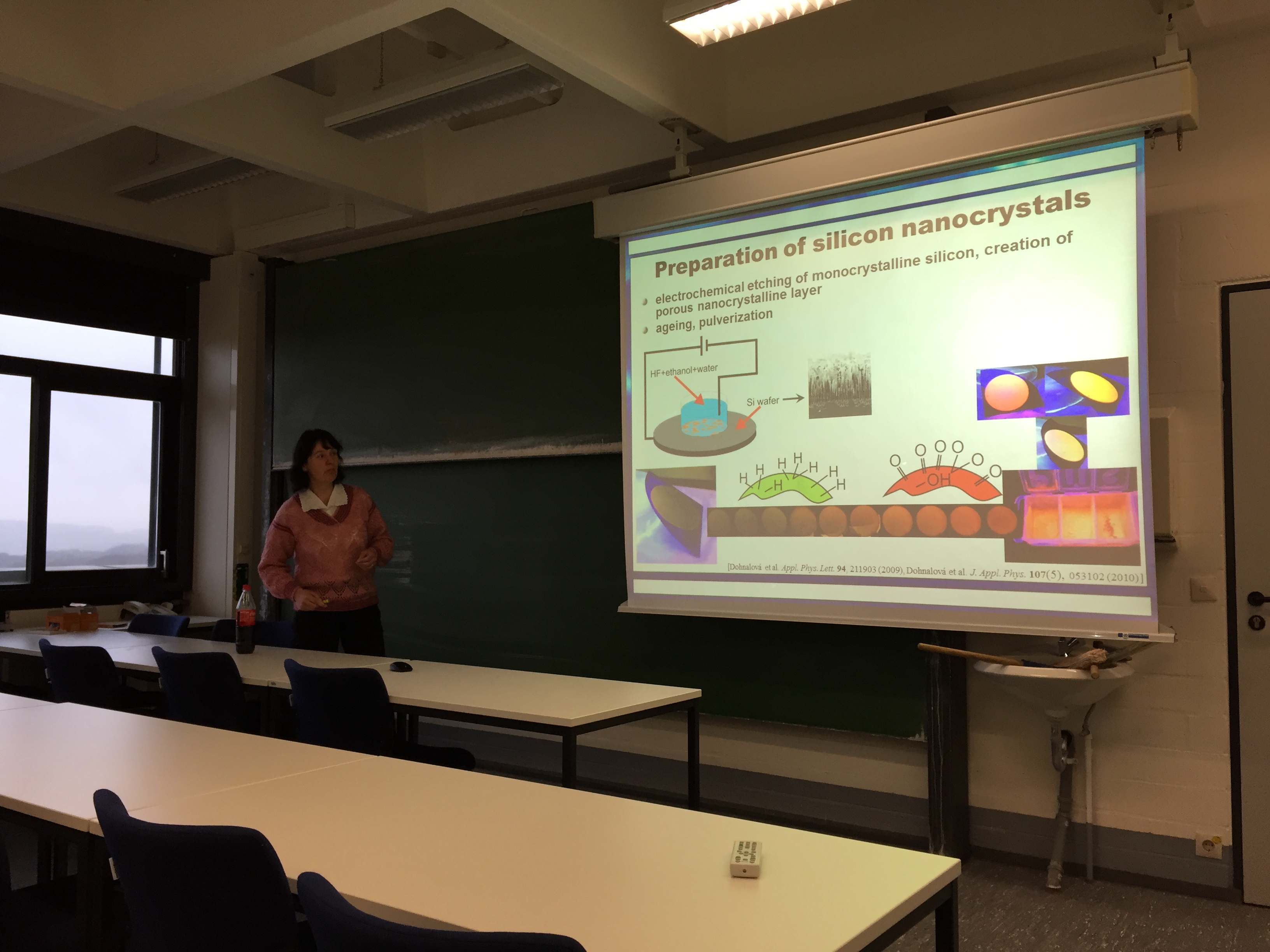 Abstract: Silicon nanoparticles have potential application in so-called all-silicon optoelectronics or in biology as luminescent markers or optically controlled drug delivery. Silicon nanocrystals having 2-3 nm in size show visible luminescence due to the quantum confinement effect and organic (methyl) capping of the nanoparticles can enhance luminescence efficiency up to 20%. The native indirect bandgap of the silicon is in tensile-strained nanoparticles switched to direct bandgap behavior. By modifying the preparation conditions of the highly porous silicon we obtain hydrophilic nanoclusters suitable for biological research, however, the nanoparticles tend to agglomerate. Study of their toxicity showed better viability of the cells in comparison with diamond nanocrystals. 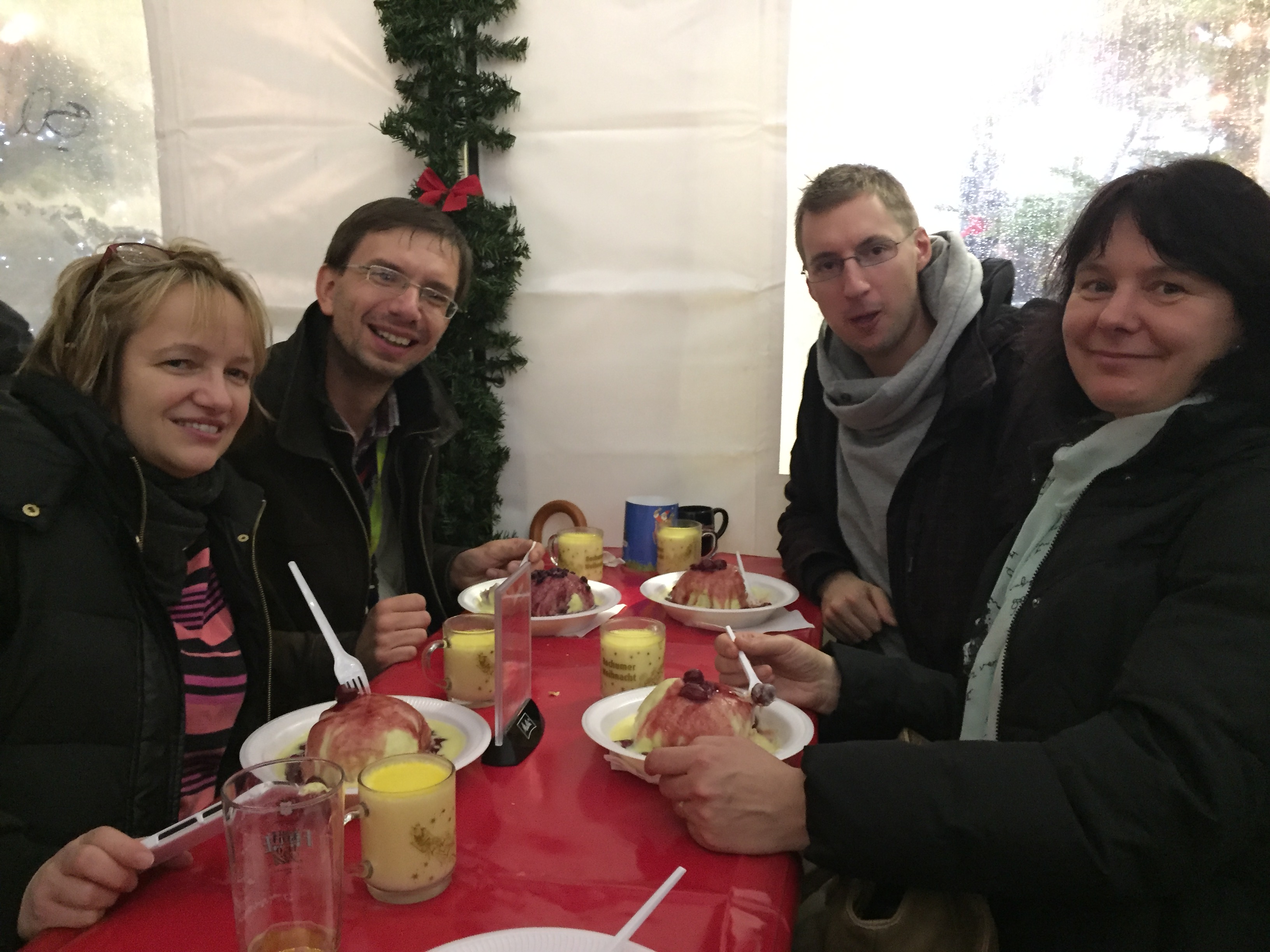 link to Department of Thin Films and Nanostructures

link to Department of Thin Films and Nanostructures

Her RAPID project ER2 is the "Design of dedicated equipment for time and spatially resolved measurements in atmospheric-pressure plasma". The scientific goal of this European project is the development of non-equilibrium (ie, the electron temperature is higher than the temperature of heavy species) reactive plasma sources that operate at atmospheric pressure. Operate at atmospheric pressure has the advantage to not require a vacuum system. In addition, more applications become possible such as plasma medicine, since the plasma can directly interact with a biological target.
For the development of this project it is necessary to diagnose the plasma in order to understand the physical and chemical phenomena taking place in the plasma and to control them for future applications.

The project of the ER-2 position is to build a portable diagnostic, based on infrared absorption spectroscopy, to diagnose in terms of density of species, the different plasmas being used by the partners in the Network. A quantum cascade laser (QCL) is used as light source for this diagnostic.

Non-equilibrium plasma creates a multitude of species: positive and negative ions, electrons, and reactive atomic and molecular species, to just name a few. Some of the molecular species, such as CO, CO2, CH4 or NO, are able to absorb infrared light due to their molecular nature. It is similar to an optical filter: particular colors are not able to go through the plasma due to the presence of some molecules. As showed in Figure 1, the intensity of the light before absorption, I0, is higher than I. The Beer Lambert law formulates that by comparing these intensities, the density of the absorbing species can be known.

A quantum cascade laser is a laser able to emit a light in the mid-infrared. By changing the temperature of this laser, the main color of the laser can be tuned. However, this tuning has a limit range and to emit a laser with a wavelength outside this range, a different QCL must be used. In this project, the portable setup is composed of three different QCLs, which allows to measure the absolute density of several species, such as NO, CO and N2O.