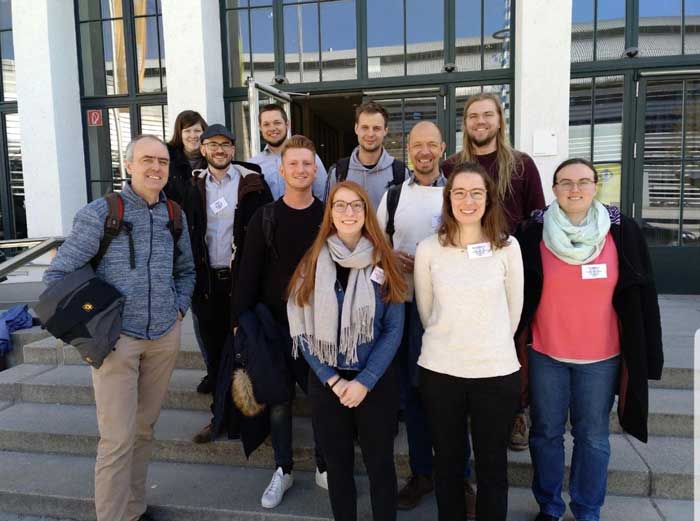 From 17thuntil 22ndMarch 2019 the annual DPG spring meeting was held at the Technische Universität München. Scientists from the research fields plasma physics, matter and cosmos and laser physics from all over Germany discussed their recent results. The EP2 group attended the conference with 4 presentations and 5 posters. Plasma scientists from four working groups (AEPT, TET, EP2, EP5) of both SFBs (SFB-TR 87 & SFB 1316) attended the conference.

One afternoon the group visited the Forschungszentrum Garching. Here, they attended interesting tours at the Tokamak fusion device ASDEX as well at the neutral beam injection system ELISE. Moreover, they had a lab tour at the low- temperature gas conversion group.

Besides the scientific program, the Bochumer PhDs enjoyed the social events such as physics slam or the public evening talk about the origin of the universe.

All in all, it was a good conference with fruitful discussions and networking to the other German plasma scientists.