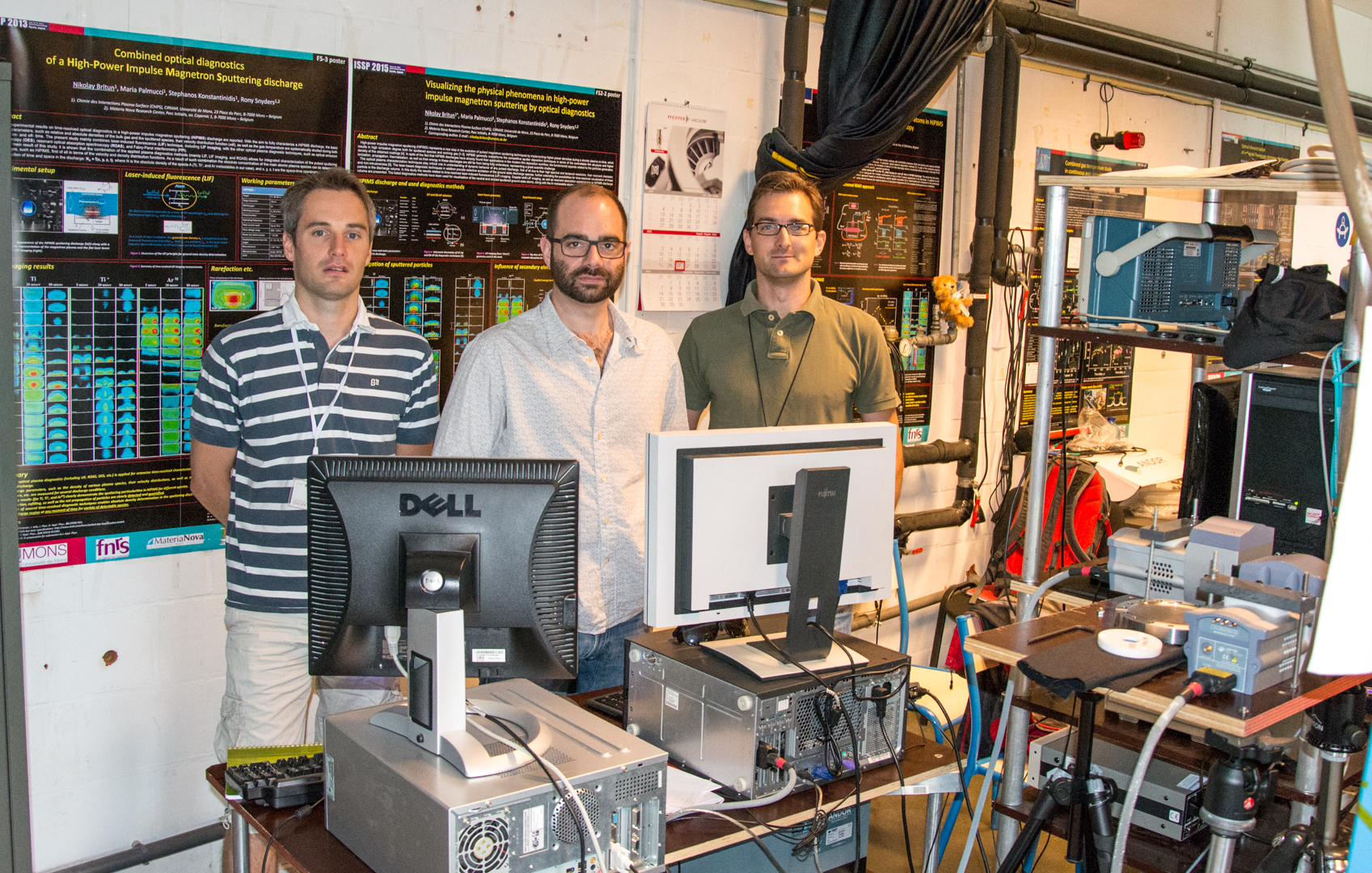 Postdoc Dr. Ante Hecimovic visited Mons in period August 20th-27th, 2015 within the frame of a joint collaboration with Dr. Nikolay Britun and Dr. Stephanos Konstantinidis from University of Mons, Belgium. The focus of collaboration is to expand understanding of physics behind the plasma inhomogeneities, i.e. spokes, in a HiPIMS discharge. 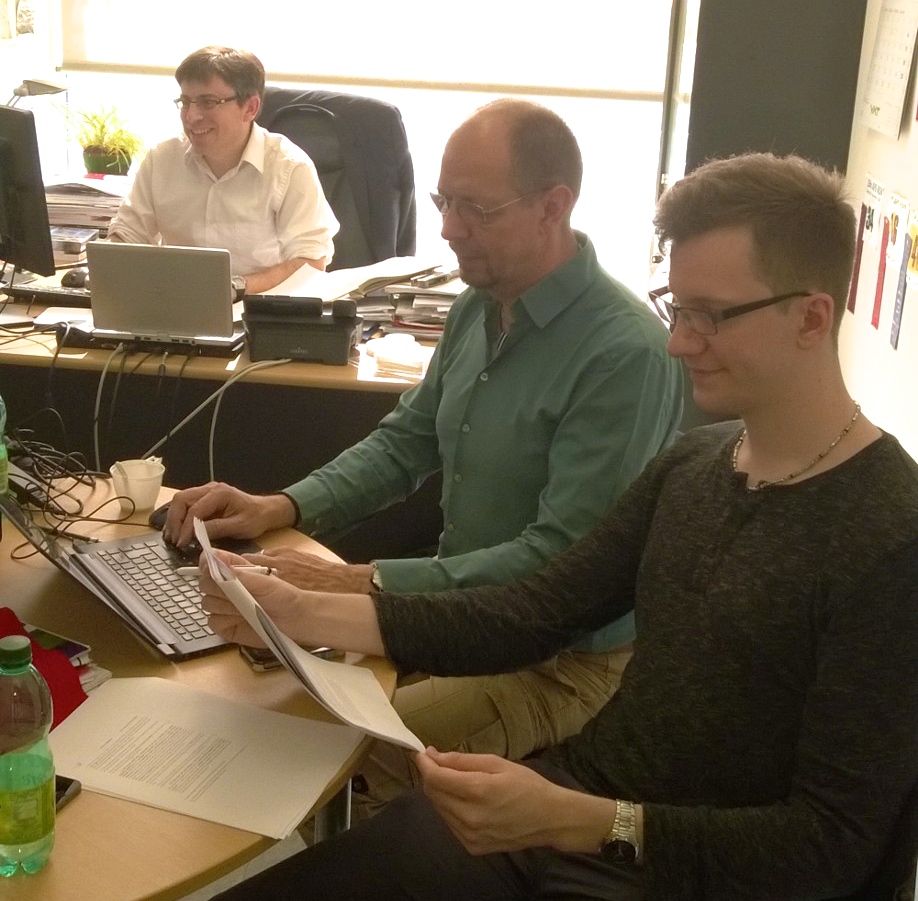 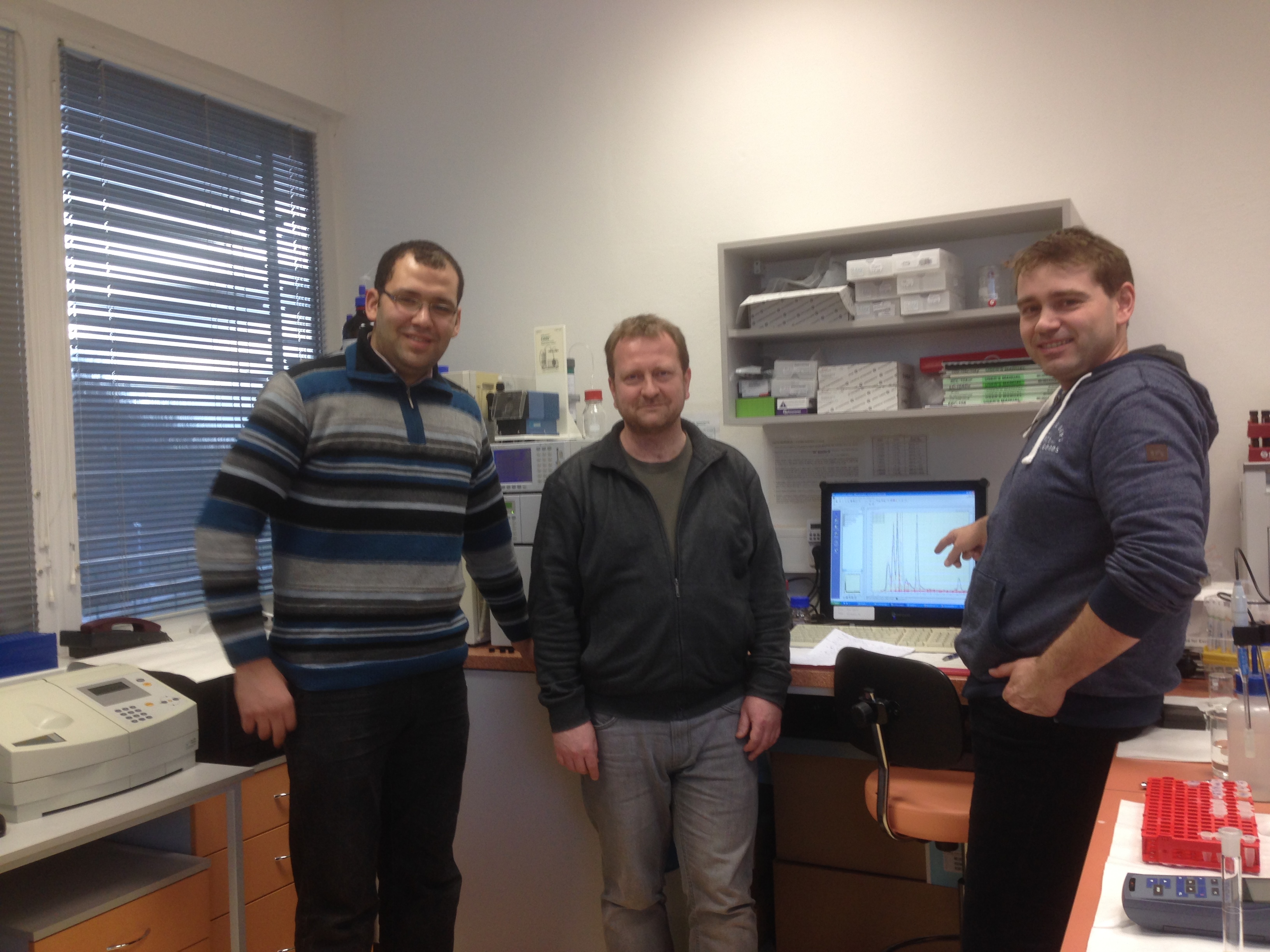 htar Hefny went to Prague from March 02, 2015 to March 20, 2015 with his supervisor Jun.-Prof. Dr. Jan Benedikt. He visited the group of Dr. Petr Lukes, Institute of Plasma Physics (IPP) in Czech Republic. This scientific mission was within the COST action "TD1208 Electrical discharges with liquids for future applications" and STSM Topic was "Chemical analysis of the reactive species produced in water treated by plasma produced radicals or VUV photons" and its Reference Number is "COST-STSM-ECOST-STSM-TD1208-020315-056481". They used the microscale atmospheric pressure plasma jet in treating water and analyzed the reactive species after treatment using ion and liquid chromatography and spectrophotometric. they used the micro-APPJ to generate a remote cold plasma at atmospheric pressure above the treated liquid in a He controlled atmosphere, they designed for that a small reactor with putting 3 ml of the prospective treated water inside it and making the plasma 4 mm above it. Treatment of water have done by many gas mixtures like He, He with O2 and He with N2 with and without water vapor. During the STSM they focused on the study of aqueous-phase chemistry of reactive oxygen species (ROS) and reactive nitrogen species (RNS) generated by plasma jet in the treated water. they made a lot of studies of H2O2, NO2-, NO3- synthesize in the treated water, they also studied the reaction pathways of phenol degradation induced by plasma in deionized water and used the phenol as a chemical probe. 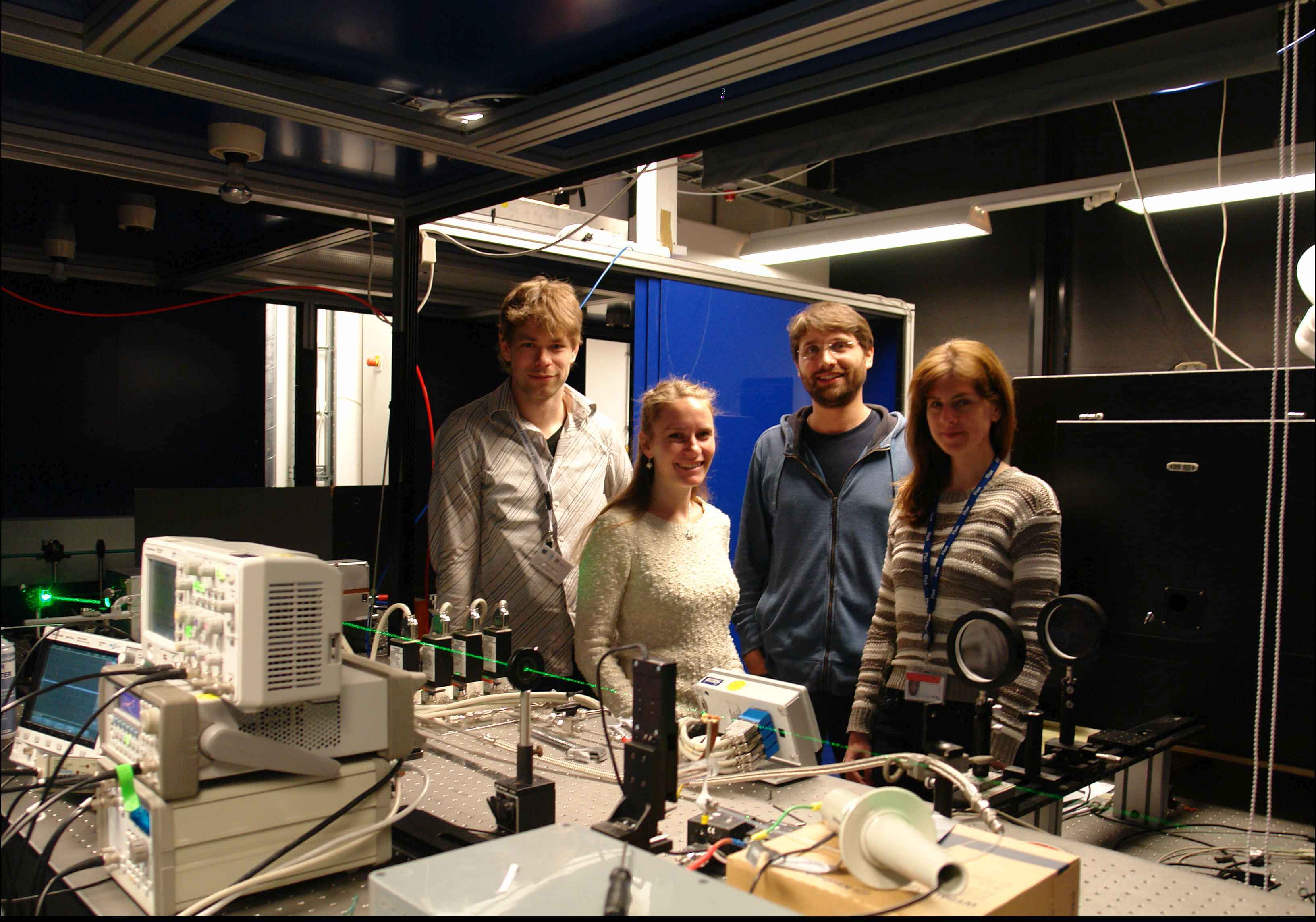 The present day society needs coatings. That is for various high and low-tech products, such as wear-resistant coatings on plastic parts or barrier coatings to keep delicate food in good containment. Then there is the large field of coatings for optics, such as the popular anti-reflective coating on glasses. But one should keep in mind that also more or less all modern optical technologies like lasers will hardly work without such coatings.
A different approach is to treat surfaces without necessarily any deposition in order to a lter its properties. In this way for example plastic surfaces can be varied from extremely water-loving to water-repellant. Or specific medical active compounds, like antibiotics can be bound to surfaces.
In order to promote the necessary chemical reactions, the industry usually relies on simply heating and reactive chemicals, sometimes toxic, sometimes very inefficient. On the contrary, plasmas have the unique ability to promote non-equilibrium chemistry. That means a chemical reaction is induced without the reaction partners have to be hot or in a chemical reactive state. It is like conversion of electricity, to drive the plasma, to bonding energy of atoms and molecules.
An even more convenient way to achieve such things is using atmospheric pressure plasmas. The investment to build the plasma source is significantly reduced and delicate materials can be treated as well. However, it is not that simple. Atmospheric plasmas are by nature small in size, as pressure times diameter is somewhat constant. Another challenge lies in the high density of atmospheric pressure gas. An energetic particle created in the plasma is lost very rapidly because of the huge amount of collisions and the non-equilibrium nature does not work well. Clever ways have to be thought of to bring the energy carried by ions and highly excited species from the plasma to the target.
A part of this project is the study of these ‘plasma-activated’ atoms and molecules. That can be achieved by mass spectrometry. Specific ions and neutrals can be counted and in case of neutrals even absolute densities are measured. As the detection has to be in low pressure, a multi-stage system is used. With these techniques the nature of the dominant ion emanating from the plasma can be determined or the dissociation degree of e.g. nitrogen or oxygen can be found.
The second major part in this project is the film characterization. For instance organosilicon molecules, can be added to the plasma and form a SiO-like layer on a substrate. Now, the different degree of oxygen added to the process changes dramatically the amount of carbon present in the film. The latter can be studied very well by infrared absorption of the molecular bonds.